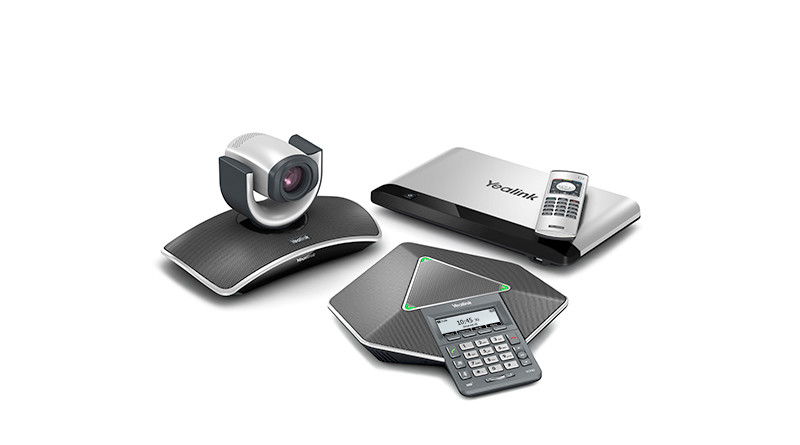 From unboxing to overall performance.

We set up the Yealink VC400 in one of our meeting rooms and gave it a try. The system includes a wide breadth of features that are not normally built into an on-premise video conferencing system. USB call recording and an MCU, for example, are already onboard. Similar systems require licensing or additional hardware for these features, so we wanted to see how well they really work.

Highlights of the VC400 include 1080p30 video, dual screen support, HD content sharing, USB call recording and low bandwidth requirements. A four-way 1080p MCU differentiates the system from the VC120, which does not include multi-party support.

Packaged with the Yealink VC400 system:

All of the essential components are included with the system. The codec powers the system and connects all of the various pieces. The only thing we had to supply was a display. We plugged the codec into our meeting room’s display and the network, and also connected the included camera and speakerphone. The included cables made the process easy.

Power on. Using the remote control and the system’s setup wizard, we quickly set up the VC400. Everything was ready to go within just a few minutes. A feature called “Intelligent Firewall Traversal” let us make a call without having to reconfigure the network’s firewall—which can be a problem for those of us who aren’t technically-savvy.

Everything looks like it’s working. The remote control makes it extremely easy to browse the system’s menus and settings. Scrolling through the directory, we found three contacts already stored: Yealink Demo1, Yealink Demo2 and Yealink Demo3. These demo sites are provided for test calling.

A few calls to other video conferencing systems let us fully tweak and optimize the audio and video. Hey, it’s not going to be perfect right out of the box. We set up the VC400 in a room with windows and some odd corners, but the camera still provided other participants with a very clear view of our world. 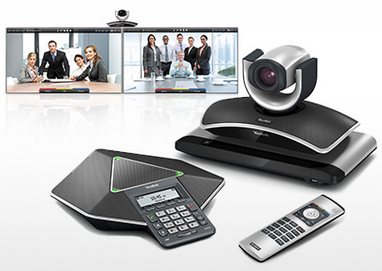 Our display showed remote participants in full HD, without any distortion or network problems. Web-based video conferencing services like Skype and streaming applications like Netflix are frequently riddled with pixilation. The VC400 features packet loss prevention and other tools that keep video crisp and completely synced with the incoming audio. The system does an amazing job with video.

Boosting the VC400’s audio capabilities with a second microphone or an external audio system is advisable when multiple participants are in the room. The range of the included VCP400 speakerphone is rated at ten feet and is ideal for one or two participants. One option is to try routing the system’s audio through a sound bar and using a dedicated microphone. Overall, still excellent quality, especially for the price of the system.

Audio and video was unchanged during multi-party conferences. There was no degradation of quality due to having several parties in a single conference. It was easy to distinguish voices and decide who was talking, without having to look at the screen. We didn’t set up a second display, but the VC400 supports letting us move whatever parties we want to that second screen. Let’s assume we tried it and we’ll say it was awesome.

Here’s a really cool feature. Recording video conferences requires software, hardware, licenses, add-ons… so on and so on… for most of the current video conferencing systems out there. While we were excited about the built-in MCU for multi-party conferencing, the call recording feature is something that businesses will use often.

All we needed was a USB drive formatted to FAT32. Once plugged into the codec, we pressed the record button on the remote control and the conference started recoding to the USB drive. The video was easily played back later.

Who wants video call recording? It’s easier than taking notes during a conference. You can also use the VC400 to create training videos for new employees, shareholder meeting videos for invested parties, and other forms of video for later playback. 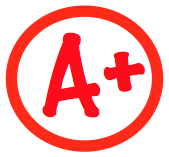 After testing and reviewing many video conferencing systems over the years, the Yealink VC400 stood out. It was surprisingly simple to set up and use. The audio and video were extraordinary, although we’d recommend giving the included speakerphone a little help if you can. The system also handled normal network variances with ease, smoothly streaming live audio and video from other sites.

The fact that an MCU and call recording are built in is still remarkable. And both features worked flawlessly, although we did not try dual monitors or playback on a computer.

Similar video conferencing systems offer more expansion options, through hardware such as extension microphones or software such as mobile applications. For those seeking an in-room video conferencing system with all of the bells and whistles, this system is highly recommended. To compare it to a car, it’s like an affordable luxury brand that you wouldn’t want to customize too much anyways.

What we got with the VC400 is exactly what Yealink said we would; A high-grade video conferencing system that does not require any licensing and is ready to go right out of the box, minus a little adjusting of the audio and video (which is normal).

Try the system for free through the Yealink VCS demo kit. Otherwise, the VC400 and VC120 are both available for purchase. 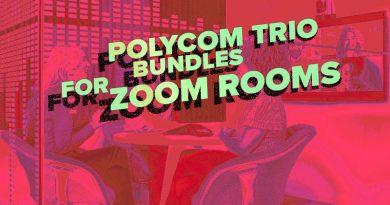 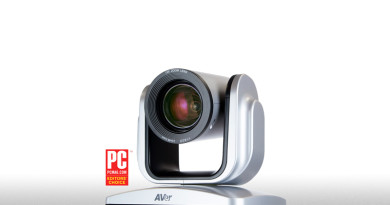 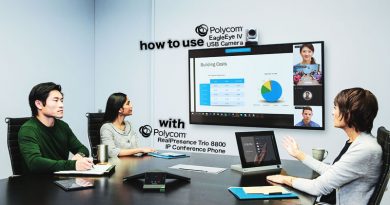 How to Use Polycom EagleEye IV USB Camera with Trio