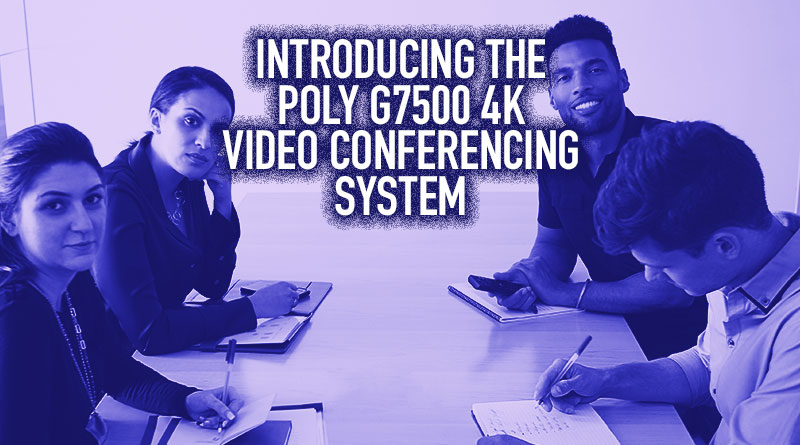 In this blog, were going to explore the new video conferencing system to show what it can offer for businesses and enterprises who want the best video collaboration solution now on the market.

Or you can buy the Poly G7500 Video Conferencing Codec by itself.

The device supports 802.11ac Wi-Fi and Bluetooth 5.0 for convenient wireless connectivity. It also has a Gigabit Ethernet port for connecting to your LAN for futureproof speed.

Three Collaboration Technologies in One

As a video conferencing solution, G7500 offers up to 4k Ultra HD resolution by default, giving you maximum detail without paying for licenses (in software version 2.0). Increasing detail enhances the natural feeling of the conversation and leads to deeper collaboration.

As a digital whiteboard, G7500 provides an infinite canvas for collaborative ideation. Every member of the conference can add their ideas, no touchscreen devices needed.

Over the past quarter century, Polycom has proven again and again that they build superior business conferencing devices. The foundation of their success is impeccable audio quality.

Now that Polycom has joined Plantronics to become Poly, they’re continuing that legacy of achievement.

Poly G7500 has three dedicated RJ45 ports for connecting up to three Poly IP Tabletop Microphones. These ports support PoE, so you can power the microphones through the cable that connects them to the codec.

If you already have Polycom microphones and want to extend their lifetime, use the Poly IP Microphone Adapter. The adapter bridges between the codec and the existing microphones. It is compatible with the following microphones:

Poly G7500 was designed not only with users in mind, but also with admins. For example, you can integrate legacy audio equipment, as mentioned above.

The system utilizes industry-standard cabling to save on infrastructure costs. And it has a wealth of ports to connect all your peripherals, including three HDMI ports, three USB-A ports, one USB-C port, and an HDCI port.

By having one device for multiple functions, you streamline deployment and, more importantly, need less time for training users on how to operate the system.

The bundle for small rooms includes the G7500 codec, along with a Poly EagleEye Cube USB camera, one Poly IP Tabletop Microphone, a Bluetooth remote control, and a full selection of cables, including two HDMI cables.

EagleEye Cube has dual microphones that enable automatic speaker tracking. On top of which, it offers automatic group framing to perfectly frame the conversation for maximum detail.

The bundle for large rooms includes the codec, microphone, remote control, and cable, as well as the Polycom EagleEye IV 12x Camera.

EagleEye IV 12x is a high-powered camera for video conferencing with 10x optical zoom plus 12x digital zoom. It uses a f/1.2 aperture to provide bright video with autofocusing to make it effortless.

No matter the size of your workgroup, Poly G7500 will work for you. 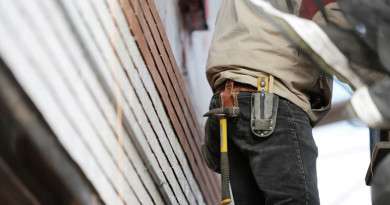 What Are the Advantages of Wireless VoIP Desk Phones? 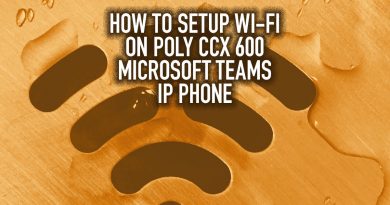