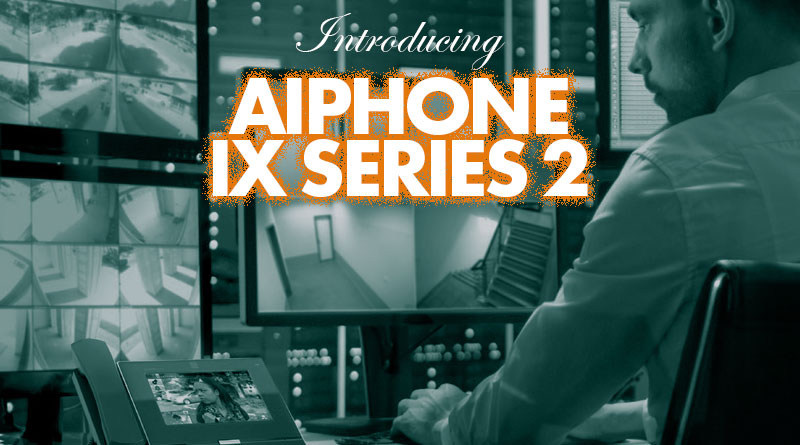 Aiphone IX Series 2 consists of network-connected master stations, sub stations, door phones, and emergency phones. Together, they provide an IP intercom and access control solution for organizations of all sizes. There are options for indoor or outdoor installation, and models with integrated video cameras for added security.

Let’s take a closer look at the offerings of Aiphone IX Series 2.

It can also provide real savings.

Aiphone doesn’t require you to pay for extra licensing fees and, because it is a SIP-based system, you don’t need proprietary servers. The master stations are ONVIF Profile S compliant, which means you can use standards-based IP cameras for streaming surveillance video, increasing both choice and security.

Every IX Series device is PoE compliant, which means you can power it through the Ethernet cable that connects it to your network if you have a PoE switch or PoE injector.

Aiphone IX-MV7 and IX-MV7-H master stations come in black or white. They are identical, except the IX-MV7-H has a handset.

These two master stations have 7” color touchscreen displays and built-in cameras. The display makes using the master station as simple as using a smartphone. They act as the center of your IP intercom system with an information-rich user interface.

You can customize up to 8 homescreen buttons for actions, including dialing common extensions, paging connected stations, and releasing door strikes. Each master station has an address book of 500 other stations and can monitor them to provide centralized security.

The master stations have a picture-in-picture mode, so you can view two streams at once, including a stream from a surveillance camera. Because they have touchscreen displays, all you need to do to switch between streams is tap. And you can even use two connected Aiphone master stations for peer-to-peer video conferencing!

It has a built-in speakerphone for hands-free communication. You can also use it in push-to-talk mode. The IX-MV7-H has a handset for more private communications.

You can record conversations without paying for an extra license in the master station using a microSD card. Attach a paging speaker using the 8Ω 0.5W speaker output. It also has two contact outputs for enabling actions like door release, four trigger inputs for incoming calls and pages, and a 600Ω audio input.

They come with a three-position desk stand for angling it to your convenience. It can also be wall mounted with an optional wall mount.

Aiphone IX-MV gives you a traditional deskphone interface for your intercom control center. It has a 3.5” color LCD screen. The display lets you stream video, although the device itself doesn’t have a camera. You can use the handset for private communications, or in speakerphone or push-to-talk mode.

IX-MV has three dedicated buttons along the bottom for monitor, talk, and off. It also has six customizable quick action buttons along the side, which lets you call extensions or paging zones. You can call up to five zones simultaneously, so IX-MV can also act as your central device for an IP paging system. It has a dedicated door release button for secure access control.

It is intended for wall or desk mounting.

If you need a communications and door entry device without the control of a master station, look to Aiphone IX-RS IP Sub Station. These phone-like endpoints provide privacy with the handset or you can use them hands-free like a standard intercom. Program the sub station to call up to 20 other stations on your network.

You can upload sound files to provide audio messages during actions, for instance, saying “The door is now open” when a user activates the door release.

Aiphone IP door phones provide reliable endpoints for door entry control, including options with built-in video cameras. There are models for indoor or outdoor installation, including many options with stainless steel faceplates for resistance against vandal and weather.

Aiphone IX-DVF and IX-SSA door phones are designed for flush-mounting indoors or outdoors. They’re essentially identical, except that the DVF intercoms have integrated video cameras.

The door phones have a stainless steel construction that makes them IP65 rated against dust and water, as well as IK07 rated against impacts. They have an extended temperature range of -40°F to 140°F. Security screws make them vandal-resistant, as well, and they come with back boxes for installation.

Aiphone IX-SSA has a single call button with illuminated ring for simple use as an intercom. There are numerous emergency phone models, which we will talk about in a bit.

You can make them into paging and access control devices with the two contact outputs and six trigger inputs. Record calls at the intercom with a microSD card.

The IX-DVF models have everything the IX-SSA intercoms have, plus cameras. Their 1.23 MP fixed color cameras add security at the doorway. You can set the vertical adjustment at different angles: -8°, 0°, or +15°.

Aiphone IX-BA and IX-DA are intended for surface mounting either indoors or outdoors with durable ABS plastic covers. IX-DA has an integrated video camera, while IX-BA doesn’t.

They have a clear, illuminated button for calling. You can set it to call up to 20 connected master stations, including the Aiphone IX Mobile app, as well as 20 extra master stations using the contact input. You can push audio to an external speaker using the 600Ω output, making IX-BA part of a paging system.

IX-DA is identical to IX-BA, except it gives you a video camera with a vertical angle adjustment.

IX-DVF and IX-SSA emergency phones provide all the same features as the door phones discussed above, including the stainless steel faceplate and IP65 and IK07 ratings. As above, they are distinguished by having a video camera (IX-DVF) or not (IX-SSA).

In addition to those features, the ADA compliant emergency phones have a large, bright red button for calling. The button is clearly labeled, including in Braille for sight-challenged individuals.

There are options with just the emergency button, as well as ones with an emergency button plus a standard call button with illuminated rings. Both buttons are clearly labeled. 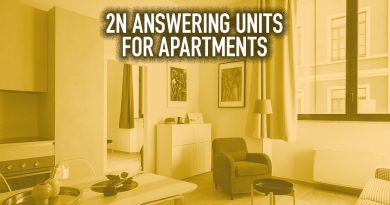 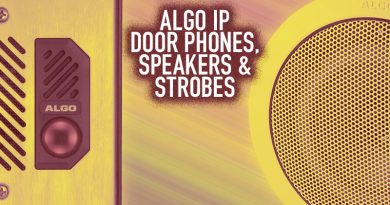 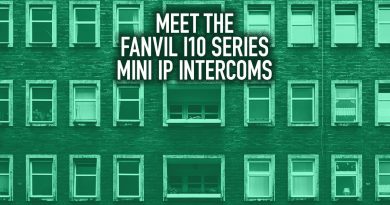